Piper met Gandhi yesterday in Dupont Circle. It’s where he hangs out, apparently. 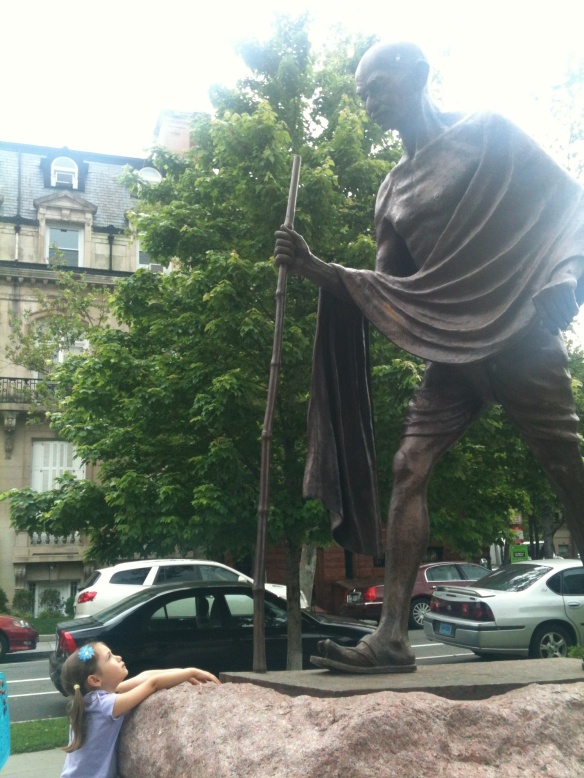 “He was a great leader who fought for justice in India.”

“Well, he practiced nonviolence as protest, but it was a way of fighting for his people.”

“He’s not naked, P. He’s wearing a simple robe. Gandhi took a vow of poverty so he didn’t have a lot of clothes and stuff.”

Piper stood looking up at Gandhi for a moment.

“To fight for justice? I’d be proud, Piper.”

“Specially if I could do it naked.”

2 thoughts on “Civil Disobedience in Your Birthday Suit”